Pot stills, column stills and triple distillation would in all likelihood fire up a few dozen neurons leaving you imagining yourself pouring either an Irish or some Lowland Scottish blend into your favorite tumbler. But given a few moments, you drift pass your imagination and realize that what you’ve come to fathom wasn’t really true, at least not in this case. Shift a continent or so and you have yourself a Bourbon that checks all these boxes. The only American distillery to my knowledge that leverages triple distillation using a series of pot stills that were imported from none other than where whisky began – Scotland (Another debate perhaps!).

This uniqueness is not limited to just the way the distillery distills their wines. They also have their own cooperage which gives them a lot more control over the wood they use – pivotal to the aging process.

Elijah Pepper, father to the brand began his distilling career sometime in 1780 and it was only after a near twenty years that he moved to Kentucky. He continued distilling at his farm, but it was his son, Oscar who helped evolve the business from a localized, in-house distillation plant to one on a more commercial scale – building the distillery at Versailles (1838), the oldest in operation today.

The distillery had lived through two outages – the first played spoil sport with most distilleries – the ‘All Hateful Prohibition’ and the other between 1968 and 1994, being relaunched once again in 1996 post refurbishment. 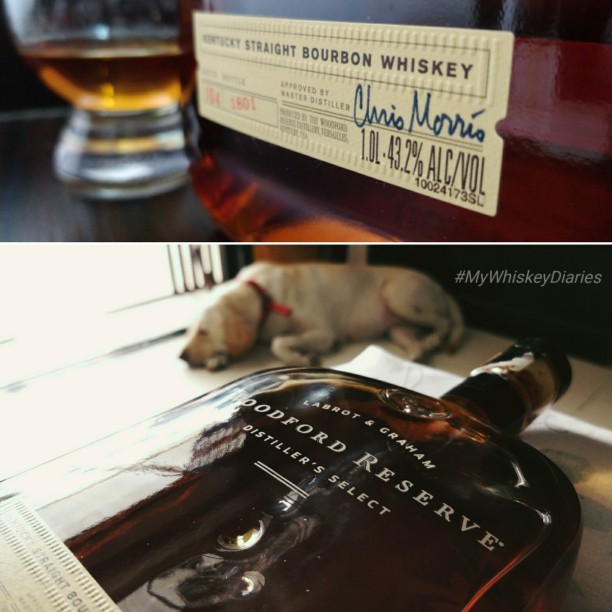 One such expression from the Woodford whiskey house, their flagship and our whisky review for the  week- The Woodford Reserve Distiller’s Select, is made of a mix of corn, rye and malted barley in the proportions – 72, 18 and 10. Most distilleries keep to a more humble 10-12%, and this higher than average rye content introduces a lot more spice into the resulting whiskey. The Select is made from a blend of spirits distilled from both Pot and Column stills and though there isn’t an age statement tied to it, the distillery uses spirits that vary between 5 and 12 years. The average age would hover at around nine, but this is in no way the minimum and let’s not confuse it to be.  Average ages too would differ slightly from batch to batch, the motive more aligned in ensuring its signature profile stays consistent. 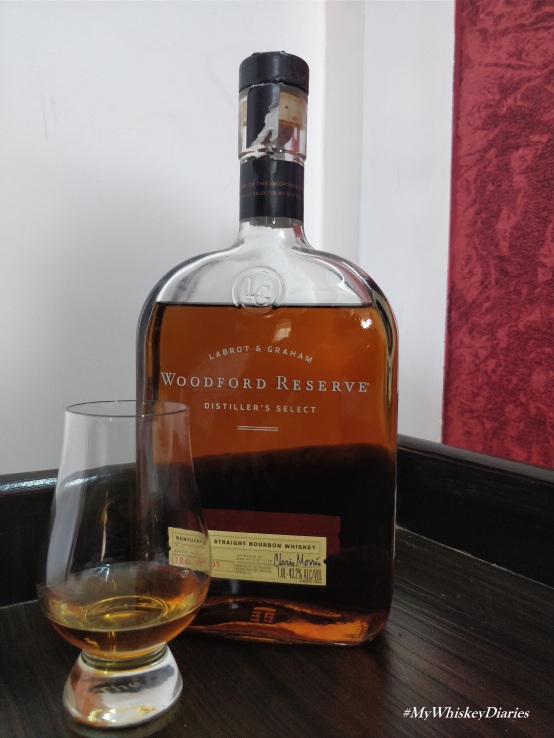 Nose : Brown sugar and honey laced with char and oak wood. Caramelized banana dusted with cinnamon powder, some sweetness from the corn and an almost hidden hint of citrus. Quite spicy – a blend of cloves, nutmeg and pepper.

Taste: Sweet cinnamon toffee, some menthol, caramel and orange peels. Wood with  a light toast, some warmth from ginger shards and white pepper.

Finish : Warm with a mild sweetness and some spice.

For a person who hasn’t had his fair share of bourbon, let alone ‘high’ rye whisky, the experience was interesting, for lack of a better word. Both sweetness and spice seemed to be at odds with each other trying to elbow the other out for attention, but still harmoniously blended together on the nose and the palate . The Distiller’s Select is mellow, with much of the warmth coming from its spice – very noticeable, showcasing that a whisky doesn’t have to be sweet to have you heading for a refill. The Gentleman Jack which seemed more mellow to the Jack Daniels was harsh with relatively limited spice when placed shoulder to shoulder to the Select.

The Distiller’s Select may not be overly complex  but it certainly is an enjoyable bourbon – a ‘cinnamon delight’, that can hold its ground neat, as a highball or as a mixer.

Some more facts on the Woodford:

1. The distillery ferments its wort in washbacks for around six days- much higher than the norm – other distilleries allow the wort to ferment between  three and four.

2. Their yeast strain 7B has been derived from one of the oldest strains used in the Bourbon industry.

3. Their wooden washbacks are over a century old, very much the same used since its inception!

4. The distillery regulates the temperatures at their warehouses, more so during the winters to bring a lot more consistency to the aging process.