This winter was a rather unusual one, one where we welcomed our first warm Christmas! And not that it gets mighty cold in India, but it wouldn’t be unusual for one to experience late single digit temperatures on some winter nights. Nevertheless, my point being that winter is a season you would generally tend to associate with late mornings, a nice soft blanket, warm cocoa and cold tipped noses.

With the Christmas tree all put up- bright LEDs hugging the its branches, pine cones, colourful ornaments and sprinkles of red, white and blue. There was this unsaid yet ever present warmth that could be felt in and around the streets, homes and on the faces of people young and old. The festive season and the New Year meant finding a whisky that represented something very much in parallel, something that embraced the winter, behold- Dalwhinnie’s 2015 NAS release, Winter’s Gold!

The Dalwhinnie distillery is in fact one of the highest in Scotland, at 326 metres above sea level and the few that still employ traditional worm-tubes to condense gases that emanate from their copper potstills. The spirit that is used to make this whisky is distilled during the winter months, falling between October and March – pretty much sums up why the name!!

The cold harsh winter weather causes vapours from the stills to condense faster; and the rather thin width of the worm tubes further inhibits the interaction between vapour and metal. The result is a differently styled spirit, more heavier in nature. So much does this temperature-worm tube combination cause a difference in the absorption of heavier compounds, that early distillers would choose whiskies distilled either during the winter or summer months (or even blending a combination of both) to produce spirits exhibiting varied charachteristics.

The folks at Dalwhinnie recommend having the Winter’s Gold ‘cold’, near freezing to be on point. And though unorthodox and maybe even taboo (to the whisky enthusiast), I felt it was quite interesting and worth a try. The experiment did yield some interesting finds; for one, the whisky was clear indicating it to be chill filtered.

In terms of its physical characteristics, it was viscous and syrupy, thick on the palate. Flavour seemed mellow on the nose with most of the profile swinging towards the sweeter side of the spectrum – honey, butter, caramel, cherry, moist wood and some nutmeg shavings and white pepper. The palate was equally sweet with much of the honey and malt taking center stage followed by mild oak. 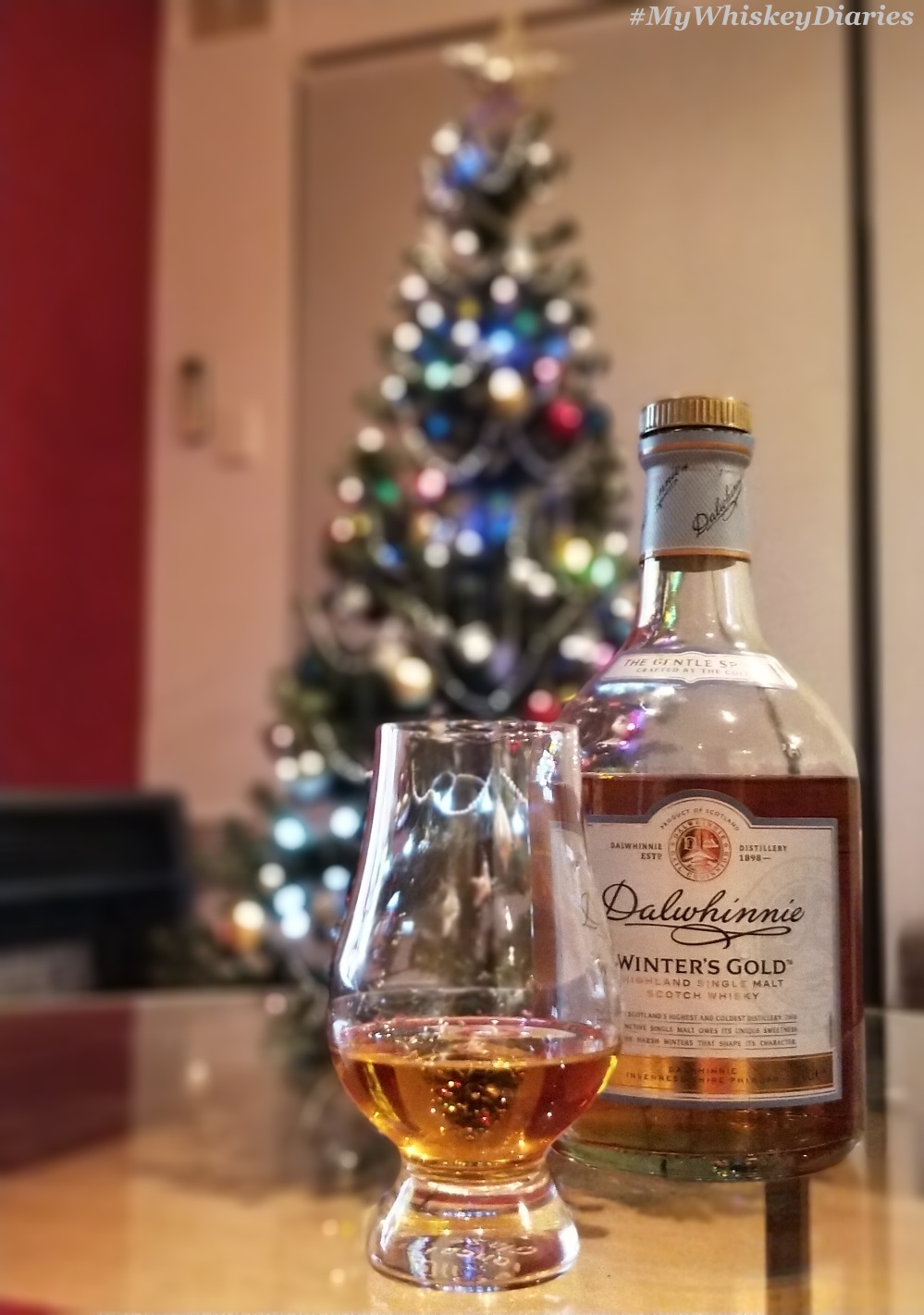 Nose: Rich caramel, sultanas and shavings of red apple peels and plum first approach the nose. Quite rich and floral, only to be cut by the presence of moist wood, earth and a mild pungency followed by shards of ginger.

Taste : Butter cookies, caramel, fruit and a dollop of honey with hints of menthol and smoke. The wood isn’t well pronounced, but you are introduced to raisins, dark chocolate, mulberries and some sherry. A pinch of white pepper towards the finish is also accompanied with a mild bitterness.

The whisky is fruity and floral, plush in honey and caramel – more so as you give it time to breathe. There’s certainly a lot of richness coming from the sherry oak maturation with literally no compromise in terms of breadth. I can see why the distillers recommend you drink this cold, there’s a decent array of flavors that wouldn’t necessarily tone down under lower temperatures.

The Winter’s Gold is easy going with literally no burn, one that would in most cases check all the boxes for a highland scotch. It’s light and flavorful, not overly complicated, sweet and a delight to sip on. The bottle is larger than it looks but that shouldn’t stop you from giving this a shot. And you really can’t go wrong with this one if you do love sweet -albeit too honeyish, non peaty, floral rich whiskies.

Preference: You heard it – the distillers advocate you shove this bad boy into your freezer and gulp it cold! I say give it a try, you’ve got nothing to loose!! Of course, if it doesn’t crack you up, you’ve always got your favorite whisky tumbler waiting to rendezvous with Miss Whisky ‘neat’!

PS: It’s the New Year!! Seasons greetings and best wishes for the year ahead! Drink responsibly!